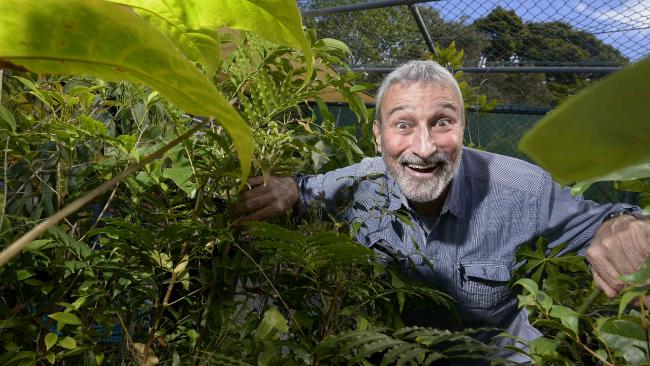 A joint ABC/Fairfax investigation reports on allegations that Burke was a “psychotic bully”, a “misogynist” and a “sexual predator” who sexually harassed and bullied a number of female employees.  SOURCE HERE.

You can watch his whole TV interview where he denies the large plethora of “Harvey Weistein” type of sexual misconduct claims by various women.

At 15.20 he first mentions Aspergers as one of his “undiagnosed” afflictions, and at 23.40 Tracy delves more into this new “self-diagnosed” behavioral issue that the poor old sod has had to live with his whole life.

Aspergers, I think not.

His claim to Aspergers is because he makes poor eye contact, and doesn’t read it when people say they don’t want to further engage.

Except the whole interview with Tracy he has no problems with eye contact at all.

So what he is actually saying, is he DOES have good eye contact, but when people don’t want to engage further, he can’t read that sign.

If my husband Tom (“diagnosed” Aspergers) tells me about something, whether I want to listen or not, he just talks. If I walk away mid-sentence, he keeps talking.

Yes, this really happens. That IS Aspergers.

But if Tom does something like lift my friend’s dress, he would expect her to say NO, and he would stop, because he would know he is doing something wrong.

NOT being able to make eye-contact and unable to read a “back off” request (Burke’s words not mine) has NOTHING to do with Aspergers.

That my friends, is called “Arrogance”.

It’s the “I can do whatever the fuck I want because I’m a TV star”.

That’s what that is.

He is a fuckhead.

To say all these people have made it up, have twisted things (because they hold grievances), to say they have remembered it “wrong” – it’s ridiculous.

Yet another Bill Cosby.

Yep, those lovely ladies all wanted those pills in their drinks and were thrilled when Cosby fucked them passed out.

I don’t think so.

That’s just the way Cosby explains it away to his loyal wife, who at this time I think is a moron. But anyway, that’s another story.

He says he’s glad he isn’t going back to TV, because now people will say “oh he was probably guilty”.

I just don’t think so far, his past behaviour was the crime of the century. I’m not seeing rape, or touching of children, that that pedophile Hughes, from Hey Dad.

Yeah, touching boobs, showing people dirty videos, saying offensive and rude things are gross, and he is clearly guilty of that.

But why didn’t people get him off the air years ago, 16 bloody years he got away with this kind of behaviour. There are a lot of other people guilty of allowing him to flourish and behave in this way, where is their culpability.

Is Burke a fuckhead, yep.

Is he Aspergers, no.

He is just a wanker in a deep sea of allegations trying to get sympathy from people “using” Austism (like that’s never been done before) to gain sympathy from the public at large.

AMAZE came out and stated their outrage at what he had done.

Is Burke the first do this, no, will it be used again, yes.

But the law states that although mental illness may used with discretion by judges in sentencing, it has no bearing in laying out their guilt of the crime.

And I doubt they would consider a “self diagnosed” buffoon.

Moreover, it would go against him, how he is manipulating facts in order to justify (ie. not take responsibility for his wrong-doing), not the other way around.

Further, I’m not sure Aspergers would even be a defence mechanism for an Adult.

Clearly Burke is going for “public” sympathy, and at any cost.

AND he has got that one completely wrong. No one feels sorry for an asshole caught out with his hand in the candy jar.

He did, without a doubt, use his position as a TV star to prey on women in a sexual manner for his own personal pleasure.

That’s what he did.

Remember the “Newtown School Shooting” of Sandy Hook Elementary School massacre in USA, where the shooter was an 20yo “Aspergers” man named Adam Lanza.

This article LINK to above stated that:

“…self-appointed experts tried to insinuate that people with autism are prone to inexplicable acts of violence because they lack the ability for empathy and social connection.”

My daughter, Rosie, Autistic, is the most chatty, happy girl around. Her issue is in cognitive behaviour and function. Social skills not even affected. And full Autistic kids, like my daughter are worse diagnosis than Aspergers.

So this is all idiots just making up shit because they don’t understand the diagnosis, the condition, the behaviour or the people it afflicts. It is such a vast condition, with many differing factors. But I’m pretty sure, they know “no” means “no”.

Now we have an Aussie politician…

So really, what can I say.

Some people just don’t get it.