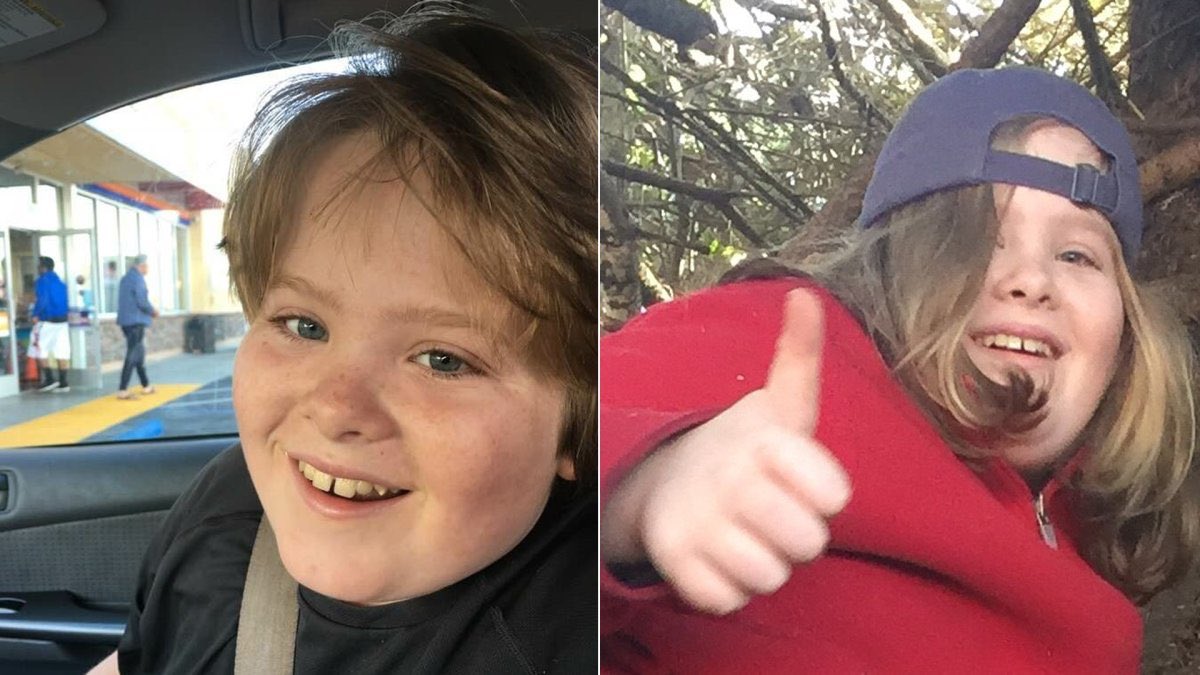 This story, has a lot of twists and turns.

To keep up to date, follow the social conversations by Googling “#shineonmax”.

I had flagged to write about this story, about a year ago. But haven’t until now.

And so much has happened since then, including COVID-19, so here is the WRAP UP on this incident:

2/ Months before Max’s death he had celebrated his 13th birthday with his twin brother.

3/ Max’ mum said he had a passion for animals.

4/ On 28/11/18 Max was “punished” for bad behaviour in class by his teachers by holding him down on his stomach for 2hrs.

5/ Max died on 30 November 2018 after the teacher admitted using using restraint on him for bad behaviour. The restraint used is a banned restraint and multiple school employees assisted to keep him face-down on his stomach for nearly two hours until he vomited and passed out.

5/ After the incident he was unresponsive (despite CPR) and rushed to hospital where he died two days later.

6/ After 25 years of business, in January 2019 the school was officially closed due to breaches of conduct by California State authorities.

7/ After Benson’s death, multiple former students and parents came forward with claims that their own children had been held in dangerous restraints.

8/ On 13/11/19 the El Dorado County District Attorney stated they were going to charge three of the teachers involved in Max’s death with Manslaughter (announced on a Facebook Post). It was stated that charges would be laid against Guiding Hands School, as well as against the school executive director Cindy Keller, school principal Staranne Meyers, and special-ed teacher Kimberly Wohlwend, who performed the restraint.

State law restricts when and how long school staff can hold a child in behavioral restraints. The state determined that the school did violate that law.

10/ Benson’s family also filed a joint civil lawsuit with another family of the school.

11/ PLEA DEAL discussions: According to the Mountain Democrat, their attorney has been talking with the District Attorney about a plea deal.

**I note it has been quoted Max weighed 280pds, but child abuse lawyer SETH GOLDSTEIN said this was incorrect, he was 5’3″ and weighed 180pds. OK, this is really important because the size of an “out of control” autistic child can be challenging to restrain – and the defendants are trying to claim his weight meant he required the stronghold he was given. READ MORE HERE:

My two comments to this point are:

a) It is harder for “teachers” to restrain than “cops” who are trained to restrain – of fair nuf. BUT there would have been other choices to control (or even “punish” if that is what actually happened) than putting the 13yo in a FACE-DOWN hold. Let’s not forget the recent uproar in USA over the FACE-DOWN (knee in the back of the neck) tackle recently upon George Flyod and how that turned out as illegal.

b) Nearly 2hrs? No way can you explain that to me. 5 minutes, to calm him, with proper airways for breathing IF he was out of control, but that’s it. Beyond 5 minutes you call the parents in to help sort out the situation. This was a disgraceful action on EVERY LEVEL.

If my autistic daughter (or son) required to be lay down on his stomach with his face to the ground FOR ANY REASON, let alone for nearly 2 hours – GOD HELP ME – I would be out of control VIOLENT against any person, for ANY reason (other than a police officer – and even then it would have to be done momentarily due to safety reason) I WOULD PHYSICALLY GO AFTER THE PERSON WHO DID THAT TO MY CHILD. Seriously, they would have to stay away from me or it would turn out TERRIBLE for both me AND THEM.

WIKIPEDIA wrap up the cause of his death as follows:

On November 28, 2018, Max Benson was held into a physical restraint by his teachers for violating many school policies and misbehaving in class. This punishment involved staff members pinning him face down to the ground on his stomach for nearly 2 hours as a behavioral intervention technique. During the process, Benson vomited and urinated on himself as a result of the pressure before passing out.[1] Shortly after, Benson become unresponsive and prompted staff to perform CPR on him to no avail. Then, staff called emergency services and escorted the 13-year-old to the hospital, UC Davis Medical Center in particular, where he was pronounced dead two days after the incident.

I would like them to know that he (Max) was a hero. He enriched my life in ways I cannot fully articulate, but he was like a fiery star. He taught me things I could not have learned from any other person. He taught me that happiness only exists in the moment, and that nature is the only place we really feel at home. He taught me a lot of Yo’ Momma jokes… He taught me how much we love our children. Most people think they know, as I did, but I can assure you it’s so much more than that. Orders of magnitude more.

This ABUSE – and that’s what it is – by a special needs teacher (or teachers??) is just crazy, and so unnecessary. Even verbal abuse is unacceptable, mocking a disabled child.

My question to abusive people who have the care of special needs children is:

WHY THE FUCK DO YOU TEACH THEM IF YOU CAN’T MANAGE THEM??

So where do we go from here.

Let’s discuss the fact that special needs teachers are “special”. Most of them.

But we had a similar case recently exposed on A Current Affair, where a brave mum spoke out and TOOK ACTION to protect her child from being restrained at her son’s special needs school in Melbourne.

Deborah from Cheltenham had her 6yo son Jacob telling her at home that the teachers at school “tied him up” for punishment. She took action and removed him from the school.

Wow. I believe Jacob too. Autistic kids actually don’t lie much, and when questioned, their lies come crashing down. I have no doubt he is telling the truth. So where did this happen exactly and what has happened as a result of that treatment?

Home videos show Jacob describing what he says happened to him when he was just six years old. Using his toys as props, he demonstrates being tied up and held down while a second person watches on. Jacob also names and identifies the staff allegedly involved.

You can read the school’s official denial letter Here

Deborah is also suing the Department and is now home-schooling Jacob.

Disability advocate Julie Philips is acting on behalf of several families at the school. So this is NOT a one-off thing.

But “without evidence” do you really think the school (and teachers) are going to ADMIT anything?

They’re not. And they aren’t.

A spokesperson for the Department of Education and Training Victoria said, “an allegation specific to the physical restraint of students at Southern Autistic School has been investigated. The allegation was not substantiated and is strongly denied.”

They added, “the Department is strongly committed to inclusive education – it is a fundamental feature of an equitable and excellent school system.”

So that’s it then.

Nothing has been believed, or changed.

Basically the school is saying Jacob is “telling fibs”.

So what about Portia?

Well luckily, some parents don’t trust authorities to investigate, and they do their own investigations, gather proof and then go public.

And let’s be honest now, that is probably THE ONLY way to deal with systemic (and opportunistic) abuse of special needs children – PERIOD.

Portia is another A Current Affair story, that I mentioned above.

Portia Concepsion, 5, has Down syndrome, autism and is non-verbal.

Everyone, including me, was ENRAGED to hear a special needs teacher hurling abuse, and being what can only be described as FUCKING BITCH to a 5yo special needs (non-verbal) girl.

Here’s the thing, the school couldn’t deny this, because the parents used a hidden recording device to school with Portia, and that is the ONLY WAY this disgraceful act was discovered, and exposed.

Clearly the school tried to hide it, cover it up and make excuses. It took 9 long months to actually punish the teachers involved – their punishment? Sacked.

Her “compliant” assistant teacher CLAIRE ANDREWS did nothing, and for that she had leave away from work, but was allowed back, subject to reviews. In other words NOTHING HAPPENED TO HER. If she just “reported” what she saw, even if she didn’t stop it in the moment, I could feel some compassion for her. BUT CLEARLY SHE IS ALSO IN THE WRONG CAREER – WE DON’T WANT COMPLIANT (INDECISIVE) FUCKHEADS WHO CAN’T SEE RIGHT FROM WRONG anywhere near our children. RIGHT!

Again, Portia’s teacher BRONWEN MASSIE kept telling Portia to STOP WHINGING, and EAT PROPERLY OR YOU GO WITHOUT (and things like that) – How fucking non-compliant do you expect a 5yo autistic non-verbal down syndrome to be exactly?? Apparently she was “humming”. Really? She was yelled at and abused her because Portia hummed?.

Ok, I could go on and on about this…

This is clearly a universal problem, all ages, all races, all religions.

So what is the end thinking for me on all of this.

Teaching special needs children, like parenting them, is a privileged.

If you DON’T see it that way, then you will struggle. And in the case of teachers, you may find yourself “sacked”.

As a parent – TRUST NO ONE. Do your own investigations.

I’ve done them in the past, I will admit, and I’ve NEVER found anything out untoward, and this helps me sleep at night.

Because the reality is I WILL NEVER TRUST ANYONE with my child.

And if I catch you out harming my child, God help you – You are a marked person.

Forgiveness, understanding or compassion is not going to be forthcoming, no matter what disillusion dialogue you have told yourself.