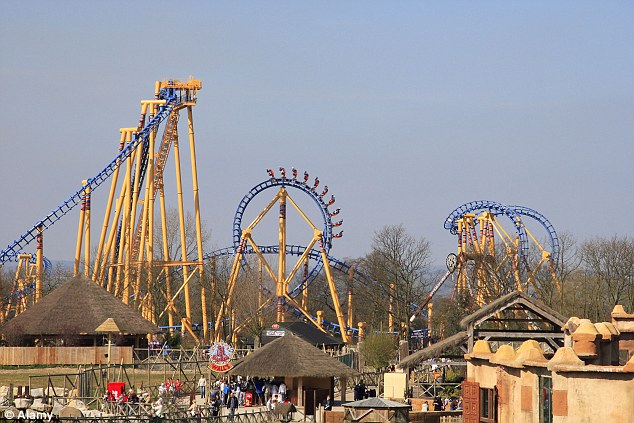 I know I make the heading of this blog post somewhat sensationalised… But that is not my intent. I just want to set the record straight on how theme parks should behave when it comes to disabled people, like Gareth Bowen-Jones.

So here are the facts of this case.

Gareth Bowen-Jones, a 30yo man diagnosed Down’s Syndrome, due to his disability, qualifies for a special pass at the theme park, this special pass means he can “jump the cue” and get in line faster than able bodied people.

Ok, so the confusion comes when his buys him a pass, he goes to the theme park and goes to use his pass and jump the line. However, staff say “no, under policy rules you can only use this pass if you are with a “carer”. And he wasn’t. His mum didn’t come with him to the rides because she didn’t want to go on the rides.

The mum says when she bought the pass no one mentioned he had to have a carer with him to use the pass.

So she argues the treatment he got was not warranted.

So the case in point here is, the theme park people say he had to have a carer with him because of their “evacuation policy” meaning if something goes wrong he needs an able bodied person to help him leave. 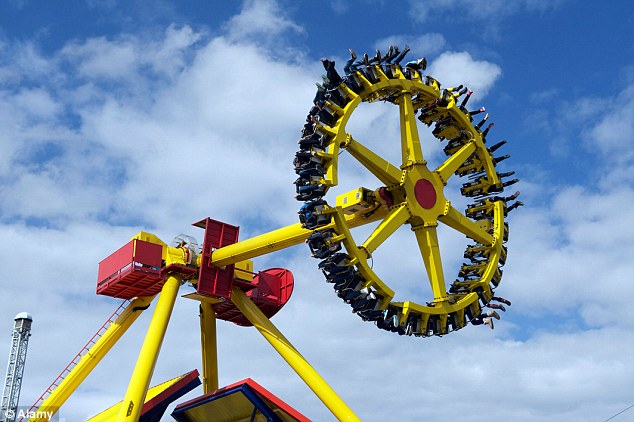 So there is so much contention in this case, but I still decided to write about it today because a few points stuck with me. One being discrimination – there is definitely a poor policy in place here, but I do feel the real problem is that a 30yo disabled man was not able to use a ride because he was disabled.

Of course you immediately would argue back to this point that he COULD get on the ride, but not with that “jump cue” pass. Fair nuf. This is a good response.

But is that what happened? Or if he still got in line, with able bodied people, would have they still insisted he have a carer with him?  Bear in mind Down’s Syndrome is an obviously physical disability, as well as intellectual, so they would have identified his disability with or without him showing his pass.

Well he did remove the special band, and lined up like all other people – and still refused entry.

So there it is people – blatant discrimination. Again.

I’m not 100% sure why, ignorant, naive, disrespectful, assholes – I’m not sure, maybe all of these apply to the people who made the decision to say to him you can’t ride today sir, you are intellectually disabled and we can’t have you on our rides without a carer present.

AND YET they took his money to get into the theme park happily.

She added: ‘He has been discriminated against, treated as a child, ignored by your staff and his day has been ruined. I am totally disgusted.’ 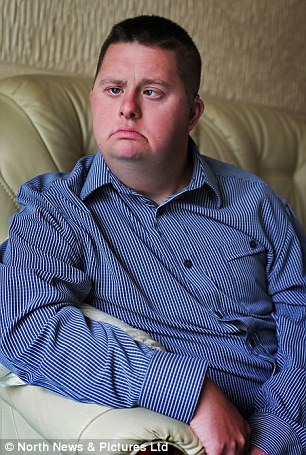 To be honest, if my 30yo adult special needs child had paid to get into a theme park, and then they not let him on a ride because he was disabled – I’d be pretty pissed off too – And I’d really let them have it. I’m pretty sure I’d sue them on this one, and I’m pretty sure I’d win.

I’m not going to drag out the disability code/act for that state/country, I can’t be effed. But if anyone wants to take me on with this one, by all means, go right ahead.

The reality is this.

YET – drug affected people could easily wear any of those titles – and you happily let them on your rides no problem.

How dare you say a disabled man cannot go on a ride because he has a condition known as Down’s Syndrome without someone to hold his hand in the case of evacuation?

What god-awful policy could possibly stack up in court to say a disabled man (which you have no documentation to say makes him requiring an escort to be with him in case of evacuation) requires an able-bodied person to assist them in exiting the theme park?

Do you not think Down’s Syndrome’s lives are shit enough – are you out to make it that little bit more shit? IS that you friggin goal in life you low-life MF pricks?

Ok, so I’m a bit harsh in my letter, but fuck em. They were hard innocent Gareth Bowen-Jones.

I know this case brings up much issues about whether disabled people should get special passes if Gareth demonstrated he didn’t need a special pass, but I’m gonna let that go for another day.

At the end of the day, as if Gareth doesn’t have enough shit in his life already? And I bet they didn’t give this pathetic treatment of him, to only him.

The article I refer to in the Daily Mail also raises another case about Peter Townsend who took his daughter Aimee (with Down’s Syndrome) to a theme park, and I won’t go into his case because it appears a bit weird tbh, but it mentions that to get the special pass due to disability he had to present doctors evidence the child was disabled. Now call me stupid, but don’t Down’s Syndrome people have an obvious physical trait that is part of their diagnosis?

Maybe that theme park has been scammed a few times, and now they are taking a stand.

Or maybe its something far more sinister, I’ll leave that for another blog post.