Autism and the Schools run by idiots. 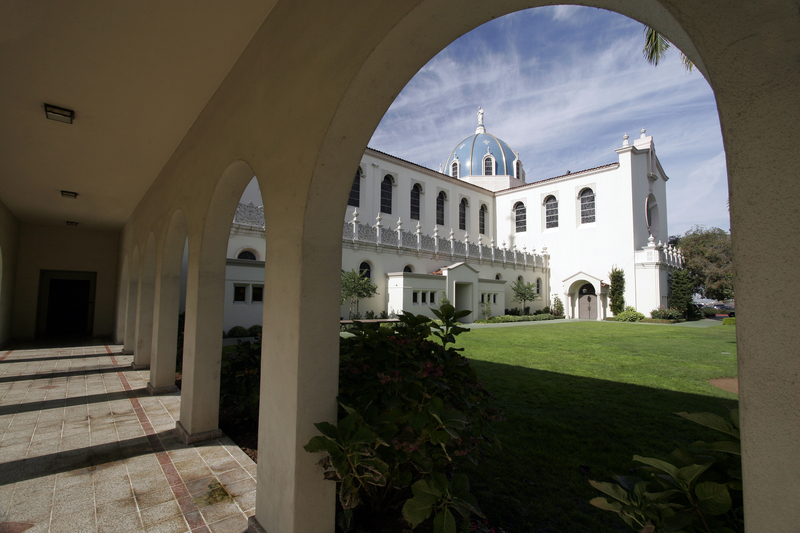 Autism and the Schools run by idiots.

When Rosie started school, I have to admit we were optimistic. SHE wanted to go to the same school as her brother, the school we took her to every day the prior year to her prep year, because we would drop off and collect her brother from there every day. It was the only school she knew of, and she wanted to be where he went every day with him, like a big kid!

Makes sense to me!

But life doesn’t work like that. We really felt being autistic she should go to the special school, where kids like her get a different school experience, and more facilities, support & systems better suited to disabled kids like her. We wanted her protected from school bullies, away from impatient teachers, and inflexible timetables.

But Rosie was clear, she wanted her brother’s school. As she still didn’t really speak, we had to use our parenting intuition and we heard her loud and clear.

But it wasn’t smooth sailing for us.

Our application at the local primary school was fraught with reluctance to accept her right from day one. Firstly they didn’t want to even accept her application, I had to attend no less than 3 meetings with their admin staff, and in each meeting the numbers grew, as if to say “we are serious, stop trying to apply”.

Water off a ducks back for me, but it started to annoy me because it took up my precious time. I wasn’t being paid (like them) to sit around and talk absolute rubbish, as if right from a bigot’s mind! They weren’t hearing me – we ARE enrolling her – you are a public school – you WILL accept her!

By golly they really did try to direct me away, a long way away – but it merely fired me up more.

They would say things like they had hardly any other kids at the school on the spectrum (which was later shown to be a complete lie). Things like the play equipment was suited to her, the list was really quite pathetic. Of course I would just nod as if to say “you are just wasting your time – hurry up and let’s finish, I have grass to go watch grow which is surely more interesting than this meeting!”

We got to the point where we had to go to the Human Rights Commission to get them to accept her. Then we would have issues like they wouldn’t let her play with the other kids at lunch time because they said it was for her safety!U(*!  Yep, they actually said that – AND I might add – they didn’t tell me they were segregating her – it was my son that just in passing mentioned she was alone on the asphalt at play and lunch times (with a teacher), in fact they played it right down when I confronted them about it.

At that point, they were starting to rustle my feathers – it was as if they said “ok we’ll take her – but we’re gonna treat her like shit and there is nothing you can do about it”. Anyone who knows me knows that I can be the most methodical determined person around, so this tactic of theirs was like playing with fire.

I pointed out that the isolation from the other kids greatly reduced her ability to bond with the other kids – and yes she did know she was being segregated and you could tell it greatly saddened her. It was as if they had not taken her feelings into account whatsoever.

If it were not for her complete determination to go to that school where her brother went, we would have had her full time in the special school by then.

After many meetings over the isolation at play, and other things that were really unacceptable, we finally got to a place where all the dust had settled, she was finally allowed to play with the other kids at play and we all moved forward positively. Rosie of course, was the happiest girl ever.

I might point out here that my Rosie is one of the most loved, admired and liked kids at her school, by other kids and the teachers. Of course they are young still, but my point is she is not some heathened god-awful ugly painting, with noisy smelly yucky sounds coming from her. She blends in a dream, she is cute and amazingly friendly – so so friendly, smiles all the time, very eager to please, loves to share and play – she is much better behaved than most of the other kids in her class, but unfortunately with autism she does have issues with speaking words properly and explaining what she means – a communication issue I guess you’d call it. NOT behavioural – her behaviour is amazing!

Prep went well at first, but around 3rd term she indicated she wanted to be MORE at the normal school, and less at the special school, so with both schools permission, we swapped her from 3 days at special school, to 2 days, and we increased her days at the public primary school to 3 days.

Again she was happy. But soon we started to have issues just getting her on her bus each day when she had to go to special school, and she would flat out refuse so we decided to just drive her in each day to fix the problem – a band-aid – yes it was I guess – moreso than we realised at the time.

Again, things went along well for a while, and soon enough Grade One had arrived, and she was very happy to be back at the public school, but it was getting harder and harder to get her to the special school. Some days were almost impossible to get her in the car. But we preservered, and most days we got her there.

When 3rd term came and it had got to untenable.

She simply could not be forced into the car to go so special school any more. She was happy at public school and she was happily going there on the 3 days she was meant to, but when the other 2 days came Tom and I would fret thinking “how is it going to be today – are we going to get her there?” Every time we had this anxiety.

The hardest thing was dropping our son off first at the public school and then telling her she had to stay in the car to go to the next school – oh if you could hear her screaming, crying, it was tough for all of us.

We decided something had to change.

The special school had told us they were jam-packed and had a waiting list, so if Rosie left the school all together, she wouldn’t get back in. Ok; so on that basis we wanted to keep our toe in the school fearing that school was probably her ultimate destination as the years went by when she simply couldn’t cope at the main school any more. We figured we might get away with public primary school if we had an aid, but high school surely not!

But now we had to face the decision.

40% of the week with tears, anxiety and frustration, or just 5 days at the public school.

As a dutiful mum, as many of us are, I decided to go and observe her at both schools, for 4hrs and see if I could see why she was hating special school, and loving public school.

I wont’ go into my findings in great detail, but I’ll summarise it here:

So if you read this above, you will make a very easy decision to put her full time into the public school, and we did.

And yes the school was (and continues to be) fantastic. They have supported us 100% since the Human Rights Commission, and Rosie is just the happiest girl ever.

In addition to that she is learning so fast, still in Grade One and can spell many words, including her name. Can read some words – can count very high, draws with colours inside the lines, and so on. What a big difference. The biggest change is her toilet training, which I can now say finally is turning, as she now wees in the loo – we’ve been trying for years to get to this place, but only with her new full time aid have we been able to achieve this progress.

I can’t tell you how happy that makes us!! 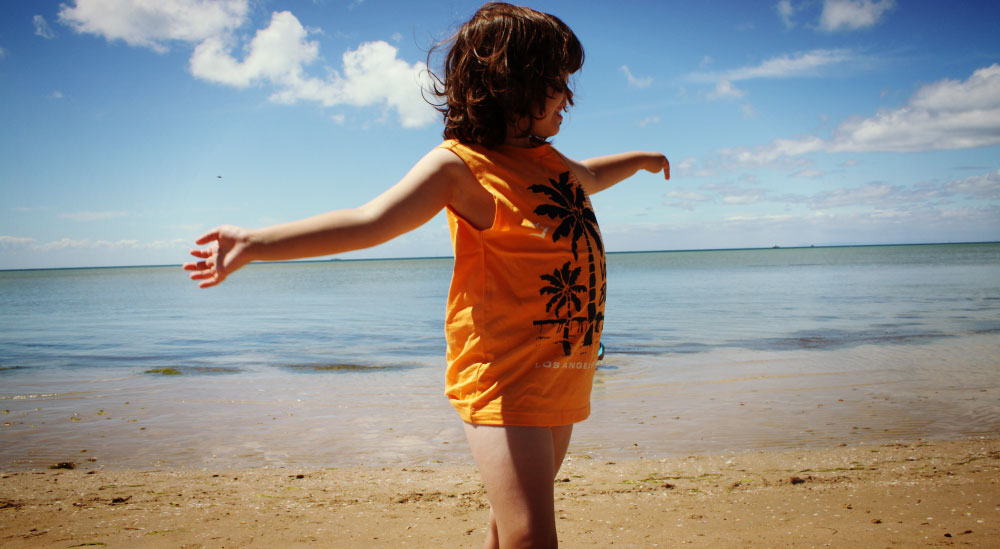 So you may ask, what does this blog post have to do with idiots who work at schools (like my blog post heading) if all worked out for Rosie…

Well, I often reflect back to the problems I had at the school when we started out. Especially when I read stories like the one of the two autistic boys in the US whose parents had to fight with the school for a month allow their 2 autistic boys (both known wanders) to wear GPS tracking devices to class. It makes me think sometimes that there are some “schools with teachers that surely aren’t smart enough to teach”.

But alas, they are.

It could be management, not teachers, but I’m not splitting hairs here, there is no one teacher or person I’m targeting, obviously in this case (and in mine above) more than ONE smart person put their heads together and decided that the GPS trackers would tamper with the security of the other students – well, that’s the reason they gave for not allowing the boys to wear the trackers to school.

Rightly so the parents, Dayann and Brian McDonough were astounded. I also imagine they felt disgusted that the school was worried for the privacy of the other students but not so worried about the safety of their own 2 boys.

Douglass, 10, and Donovan, 8 remind me of Rosie in some ways.

They are the borderline kids.

The kids who look quite normal, but are actually not.

The 2 boys had wandered from home or school 14 times in two years. Is that not frightening! No wonder the parents are freaked out – At least for now, Rosie doesn’t wander.

Anyway, I’m glad it worked out for the parents of the 2 boys, and eventually worked out for us too after a few months of going back and forth with bigots. The principal in charge of the school at the time of the appalling treatment we got has now moved on. I have no doubt she was the instigator of our issues. She even wrote to me to say I was harassing the staff, I remember that, that was the tipping point for me. I was going make her regret that day…

It seems she left before her time came. Probably better that way…